ARC's methodology is proven to be more effective than current local, state, federal and international investigative procedures. Our experienced agents are sensitive to the handling of the most advanced intelligence-gathering programs. Our services include the use of innovative, proven techniques and legal and ethical methods designed to identify the perpetrator(s) and their whereabouts in relation to the safe recovery of the victim.

ARC conducts all of its investigations through means that are consistent with applicable state and federal laws. During our child recovery process, we maintain effective communication and coordination with various agencies and departments, as appropriate, including but not limited to:

ARC coordinates all investigations through proper documentation obtained from the presiding judicial systems, both State and Federal, and coordinates each child recovery through effective communication with any law enforcement and social services agencies that are directly involved in each case.

Background investigations are performed on custodial and non-custodial guardians and affiliates requesting support.

The majority of ARC's cases come by referral from other entities. This allows us to hand-pick our cases rather than be tasked with the overwhelming demands of those seeking help.

We are able to maintain the confidentiality of our sources and methods, which helps us to successfully accomplish our missions.

We are able to come alongside custodial guardians and provide them with guidance and tools to navigate political and judicial fault lines in their case.

These factors so often result in excessive timelines, wasted energy and finances, and impractical and confusing solutions that ultimately catapult the missing and exploited child into even more danger. 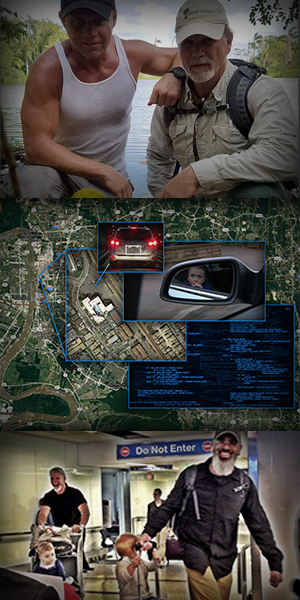 Social media and other forms of technology play an essential role in the illicit criminal activities of child sex trafficking. Child predators now weaponize apps and social media against vulnerable children. They use a number of sites, apps, and platforms to recruit children, facilitate communication, target victims, and to thwart law enforcement efforts. A 2015 study found that approximately 70% of sex trafficking cases utilize the internet, apps and social media.

DEFINITION: Institutional Child Exploitation (ICE) is the use and abuse of judiciary or law enforcement powers to facilitate the sexual exploitation of minors either by direct or indirect contact or willfully facilitating the opportunity for third party participants to sexually exploit minors.